Set in a high fantasy world with low fantasy stakes, the character-driven story of The Salt Keep follows a struggling merchant named Doyle who stumbles into a life-or-death mystery. During the last legs of a months-long journey as a traveling salesman, Doyle stops in the seemingly deserted village of Cardwyke to meet a friend who has promised to help keep him financially afloat, but what he finds is even more dangerous than the crushing weight of debt.

Over the course of a single night, Doyle delves into the mystery of what happened to Cardwyke and the Salt Keep, struggles to escape the seemingly unstoppable forces pursuing him, and hopes to find anybody who can free him of his debt. He meets friends and foes along the way: a wounded merchant who has seen better days, a bitter stablehand in search of a plan, and a forlorn apprentice desperate to become an alchemist, among others. Some are helpful, and some need help, but in every case, his choices impact the paths of their lives as much as his own.

The world of The Salt Keep should be familiar to any fan of fantasy — it has breastplates, and swords, and other fun stuff like that — but is shaped by the vaguely industrial creep of bastard feudalism. Sprawling merchant conglomerates and faceless business structures pull the levers of power as much as dukes and knights.

The world is meant to be both a reflection of traditional fantasy settings (the England-coded sword and sorcery and D&D-style locations we're used to) and an answer to some of their most frustrating tropes. It's not a world of prophesied heroes steeped in Great Man Theory or of grimdark anti-heroes exposing the essential evil of humanity, but of ordinary medieval schlubs trying to survive within alienating and oppressive political systems.

In other words, it's not a world a character like Doyle has any hope or intention of changing. He only means to survive.

The Salt Keep is a fantasy/horror text adventure and RPG: think interactive fiction with mechanics reminiscent of CYOA games or classic gamebooks. The entirety of the action is described through text, and the player navigates and makes choices via button inputs. Through these basic mechanics, you'll be able to:

This demo includes the prologue and first chapter of seven total chapters (including a prologue and epilogue). It should provide around two hours of gameplay, though it'll vary depending what you choose to do and how thorough you are.

The full game is novel-length (about 260k words) and offers around 15 hours of gameplay for most players. It will also release on Android and iOS, but this demo should provide a sense of both gameplay and the direction the rest of the narrative will take.  If you want to help support development or keep track of progress:

Please enjoy, and keep an eye out for the full version coming February 10th!

WARNING: The narrative includes all sorts of violence and generally negative emotional states, which can vary based on your individual play-through. 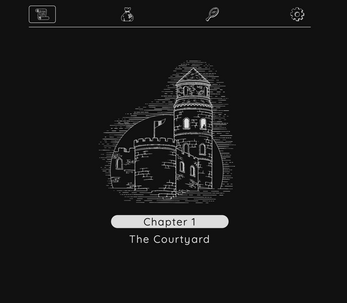 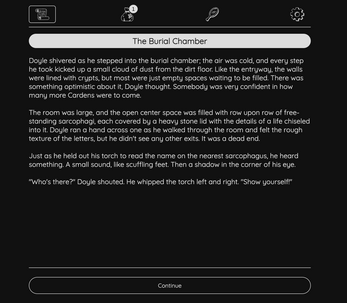 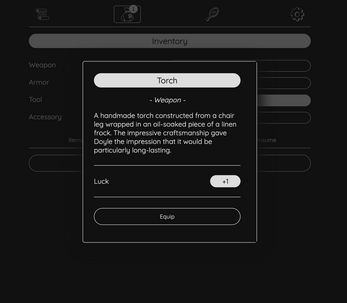 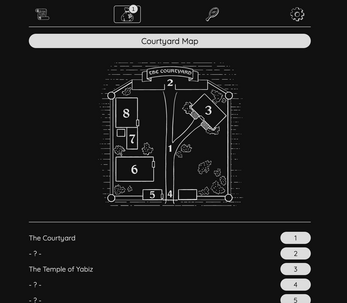 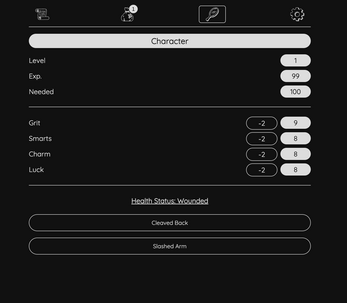